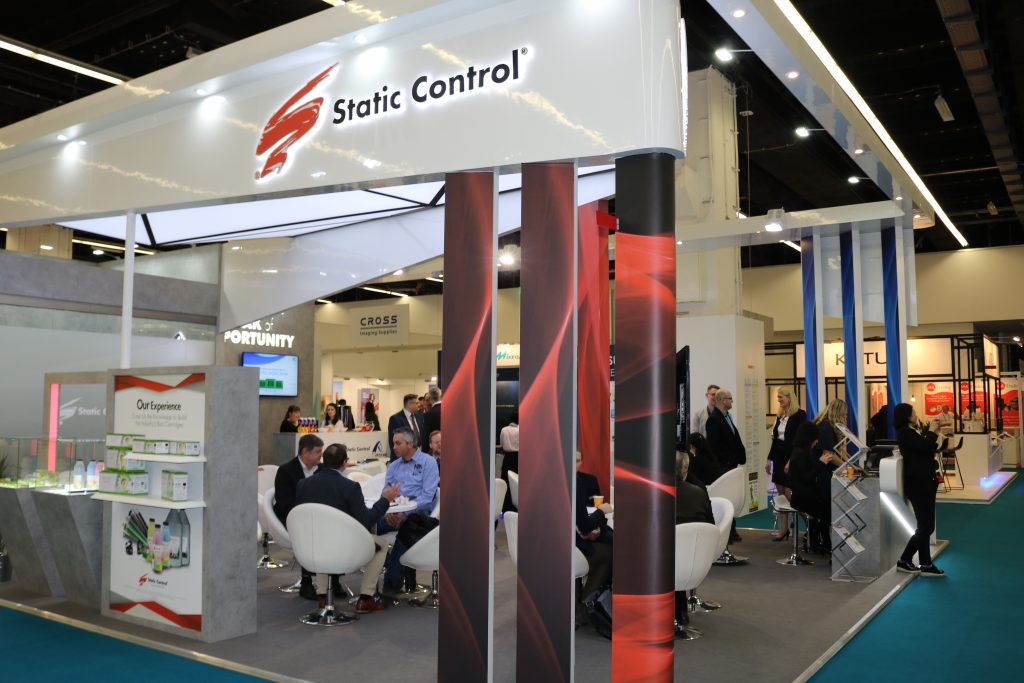 Chemical structure of a molecule of decabromodiphenyl ether, a brominated flame retardant.

Following the news in September 2018 that testing commissioned by a German organisation had revealed “excessive” levels of the flame retardant in its new-build cartridges, Static Control has announced its products are now DecaBDE free.

This announcement is included in a detailed response to the allegations issued by the company.

This response is reproduced below in full:

In December, Static Control responded to allegations of an unauthorised substance being in a limited number of cartridges based on an article in the German publication Digital Imaging.

LGA also discovered that some of the Static Control cartridge models previously alleged in the original article to contain the chemical were actually found to comply with the regulations, contradicting the report supplied. The inconsistent test results further fueled Static Control’s desire to investigate this issue thoroughly. The issue relates to using recycled plastics. The chemical is specifically used to aid the use of recycled plastics.

Static Control began an audit of all plastics in our product line, both for cartridges and components to ensure either new plastics were used or the recycled product was free of the flame-retardant chemical.

We have discussed the implications of the testing with ETIRA and fully expect to provide more information in the coming weeks.

Since our December announcement, Static Control’s European cartridge offering has been free of the fire retardant- chemical. Since our audit, we can confirm that all Static Control components and cartridges sold at this time in Europe comply with RoHS and REACH requirements.

As always, Static Control remains diligent in complying with all applicable environmental regulations around the world and will continue to take all necessary steps to remain RoHS and REACH compliant.”

DecaBDE is a flame-retardant chemical which has been classified as a Persistent Organic Pollutant (POP) and is listed as a Substance of Concern; as a result, suppliers of products containing this chemical have a duty to inform their commercial customers if the product has a concentration of more than 0.1 percent of DecaBDE.

The initial investigation into the levels of the chemical found in new-build cartridges, which was carried out by LGA on behalf of the unnamed German organisation, was reported on by Digital Imaging, which named the tested cartridges as being from Static Control.

Static’s immediate response at the time was “we take accusations of this sort very seriously,”.

The company also stated, “As with most companies, we purchase the plastics in our products from many companies,” going on to add, “Each vendor assures us their products comply with all European laws. We try to use as many recycled products as possible, and the flame retardant is required for the successful reuse of recycled plastics, but in a level below the level prohibited by law.”