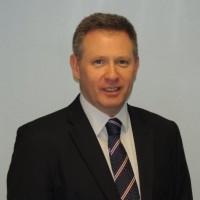 Lalley has worked for the company for almost a decade being responsible for various sales regions, and during this time the European business has seen sustained growth. A sales veteran of more than 20 years, he has previously worked in a number of senior positions throughout the supply chain in the office supplies industry, and so brings a depth of experience to his new role at Static Control.

Commenting on his new position within the company, Lalley said: “This is a great opportunity for me to continue to drive our focus on customer support, with a range of IP-savvy products, excellent customer service and lots of added value. I am looking forward to continuing that success with further new initiatives.

“We have been working on a programme to come closer to our customers which has seen many successful initiatives. For example, the opening of our Spanish, German and Turkish distribution centres, a well-received seminar programme in 2014 and the implementation of additional new product ranges and infrastructure, to name but a few.”

President Bill Swartz commented on the promotion, stating: “Ken has been a tremendous asset to Static Control since he joined. He has led the European sales effort for many years and he’s proven himself as a driver of our overall success in Europe. Ken has earned this Managing Director position and I look forward to the continued success of Static Control Europe under his leadership.”