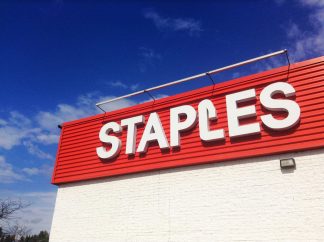 The office supplier has published the findings from its Workplace Survey 2019.

Each year, Staples surveys employees and office decision-makers spanning various regions and industries to determine the trends defining workplace culture and how they’re evolving alongside employee expectations. The company says that its 2019 Workplace Survey “reinforces the belief that the workforce is any organisation’s most important asset – so in order to succeed and compete, employers must invest the time to understand and nurture their employees.”

The survey found that 90 percent of employees that responded said that flexible working arrangements would increase staff morale, with 67 percent warning they would consider leaving if their arrangements became less flexible than they presently are.

41 percent, meanwhile, said they would willingly take a pay cut of 10 percent to work for an organisation that “cares more about their wellness,” while 78 percent

of employees feel their employers have a responsibility to keep them mentally and physically well. Despite this, the survey found only 42 percent of employers offer a wellness programme.

Support from senior employees was also identified as crucial, with over two thirds of respondents (68 percent) stating that they would consider leaving if they didn’t feel supported by senior colleagues, and 63 percent saying they wouldn’t take a job without knowing that the organisation was “actively inclusive” of women, minorities, and people with disabilities.

In its published results, Staples recommends that businesses “Listen to your employees. You may not be able to fulfil every request, but you’ll identify what your workers value and demonstrate a willingness to apply feedback and compromise along the way.”

“The days of cubicles and the 40-hour work week are over,” said Chris DeMeo, Vice President of Staples Brand Group. “The newest generation of office workers has never known the frustrations of dial-up internet or a broken fax machine; they’re used to constant connectivity and access to multiple devices that enable them to work from anyplace at virtually anytime. Expectations have changed, and if companies want to remain employers of choice, they need to respond.”