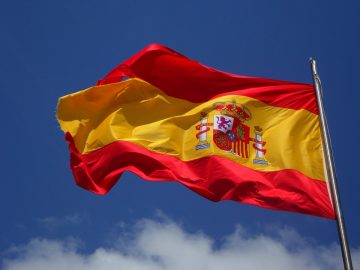 The new measures will be introduced in May and June and apply to all electrical and electronic equipment, including printer consumables, imported into Spain from a third (non-EU) country.

Spain will introduce new controls on importing electrical and electronic equipment (EEE), including printer consumables, into Spain from a third (non-EU) country.

The new Royal Decree, 27/2021, will shortly be published, assigning the SOIVRE Inspection Service as the new control authority. They will be responsible for ensuring compliance with the registration obligations in the Integrated Industrial Registry of various controls on imports of EEE.

The Spanish authorities will carry out the new controls before importing the products from third countries starting in May and June 2022.

New communication technologies and computer improvements and a suite of modern and innovative corporate tools have been deployed to allow fast, effective, efficient, and fluid control management of imports and avoid delays in clearing imports.

The economic operator must be based in the European Union and responsible for compliance with all requirements. Additionally, their contact information must appear on all imported products.

The measures are a response to the increasing trade in EEE products and to avoid EEE being a continuous source of waste (WEEE). WEEE is a risk to health and the environment because it may contain substances such as mercury, cadmium, chromium hexavalent, polybrominated phenyls (PBB) and polybrominated diphenyl ethers (PBDE), especially if they are not adequately controlled and treated.

The changes followed a period of consultation starting in November 2019, when Javier Martinez, President of ETIRA, promoted a meeting with the Spanish Customs agency to talk about the importation of new, non-OEM cartridges that mat breach RoHS and REACH regulations.

The Customs Director and part of her team attended, along with representatives responsible for waste and RoHS. A key issue highlighted at the meeting was that the law at that time did not allow customs to stop goods at the border as the importer was not responsible but “The first trader”.

Attending the meeting was Raquel  Gomez,  key  person in  the  highly  committed  Spanish  Ecological  Ministry. At the time, Gomez was in the process of reviewing the Spanish WEEE regulations and said they would be able to introduce the necessary changes. According to Martinez, “that is exactly what happened; they changed the law and made it mandatory for importers to register as a “Cartridge WEEE Producer”.

The new customs clearance system will enable automatic control of product compliance according to EU 2019/1020 and is just waiting for the decree to be published, so it can start working in May and June.