Social media and the printer industry 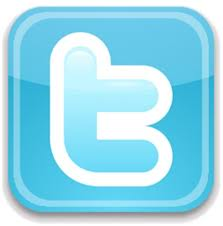 An article discusses using social media in business and asks “will the printer industry get hip?”

Printweek reported that in 2009 a former member of staff predicted that Twitter would lose popularity. He was right as it has fallen by 74 percent and the author of the piece wondered “just how has print embraced this channel?”

Luke Hodson, Founder of Awesome Merchandise, said: “We have grown out of being based around the internet. When we started 12 years ago the first customers we got were from message boards, even before MySpace. Message boards and MySpace were 70% of how we started building in the first place.”

Hodson also commented: “Social media is built into what we do. As opposed to more traditional print firms – some suppliers just rock up at our door and do an old-school sales call – we’re not as comfortable with that side of things as we are posting a picture on Instagram.”

Another businessman, Asif Choudry, Sales and Marketing Director at Leeds-based Print Marketer Resource, focuses his team on LinkedIn and Twitter. When they arrive in the job they are instantly signed up to Linkedin and Twitter. Choudry commented: “Social media here is as essential for us as picking up a phone. The key to social media success is that if you put out a post somebody has to engage, if there is no one there to engage in the conversation back then there’s probably no point sending the post.”

The article noted that Choudry had “spent two years researching the market before even launching Resource’s Twitter account” and he stated: “Without social media we couldn’t have got CommsHero off the ground. It’s impossible for a printer to do a marketing conference without social media.” He believes that it is conversations on social media that gives companies kudos and he encourages staff to “use personal accounts to get conversations going”.

Choudry gives examples of ProCo, Pureprint and Rapidity, as companies “doing well in these social spaces”. Mark Stephenson, Fujifilm Digital Printing and Press Systems Manager, is in agreement and said: “You get certain individuals within any organisation who tweet or use LinkedIn more than others and they become a secondary source of promotion.”

Stephenson recently outsourced some of the company’s PR work and stressed the need for knowing the audience. He stated: “I guess our strategy is based on knowing some products can be promoted better on social media than others. I don’t want to decry analogue products like chemistry and plates but there’s  probably not a lot of new and exciting things you can say about pressroom founts.”

It is not always plain sailing though and Gary White, Norhern Irish Printer, Nothside Graphics said that he had never quite managed to make a success of the B2B market on social media despite spending over £1,000 ($1,292/€1,148) promoting posts. White said:  “We do a lot of blog posts, which are on the website and then on social media, but we find engagement isn’t very high. I had thought there would be a lot of people using it to contact us, but there weren’t and I think that has to do with the fact that we’re B2B and not B2C. I fully get our marketing and e-commerce, it’s very clear cut, but in the B2B arena I just don’t get how you turn social media into sales.”

Social media is not an easy option and the article noted that some are more successful than others and it depends on their markets but that “this is an exciting time of innovation for the industry and social media is playing a big part in that”.

Stephenson concluded: “We are all trying to promote print, all trying to get people to look at new and interesting ways to do things. If the pie is big enough, we can all have a little bit of it. I get lots of competitors on LinkedIn and knowing they are looking at what I post I start to feel more at one with them.”