Indonesian authorities seized the drugs, which were stored inside inkjet cartridges. 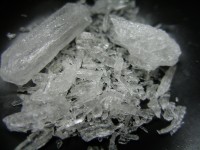 Customs Today reported on the seizure of 8.1 kilogrammes of crystal methamphetamine, or ‘crystal meth’ in Jakarta by Indonesia’s National Police, with 11 smugglers arrested who were said to be “members of an international drug smuggling ring” operating in the city, and the syndicate said to have been “controlled from China”, with drugs distributed from Jakarta to “other big cities throughout the country”.

2.1 kilogrammes of the drugs were “hidden inside 14 printer ink cartridges from China”, with Senior Commissioner Rikwanto stating that “the syndicate used a new method by hiding their drugs inside ink cartridges and mini diesel machines before they delivered them here”. Chief Brigadier General Anjan Parmuka Putra meanwhile noted that the group “distributed the drugs to Jakarta because they saw a higher demand here where people were willing to pay a lot more compared to the Chinese market”.

Anjan stated that he hopes “the court will sentence all of them to death, or at least they should get life sentences”, and claimed that the raids will have “saved around 8,100 people in the country from drug addiction”, while Rikwanto noted that Jakarta’s “lavish nightlife” had made it “a lucrative destination for drug-trafficking syndicates”. Customs Today pointed out that the Indonesian judicial system “is currently under the international spotlight” as two Australians are facing the death penalty “for trying to smuggle about eight kilograms of heroin” into the country in 2005.