Jack & Jill Foundation has yet to see the cartridges promised by Sinn Fein Teachta Dála Aengus Ó Snodaigh, which are said to have been returned to Dell. 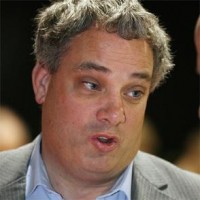 boss Jonathan Irwin has said that Sinn Féin Teachta Dála Aengus Ó Snodaigh has failed to delivery the empty ink cartridges promised to them earlier in the year, with accounts that the cartridges have instead been sent to Dell, reports The Irish Sun.

Ó Snodaigh recently came under heavy criticism for the use of 400 toner cartridges valued at €50,000 ($67,317) in just two years. A formal complaint was launched by Stephan Kearon in April 2012.

Ó Snodaigh is said to have pledged the cartridges to Jack & Jill, who specialise in providing nursing care and support for children with neurological development issues, after the charity wrote to him. However the charity states that there has been no other contact with the Teachta Dála since February.

Irwin commented: “He said he would give us his used cartridges after we wrote to him but that was the last we heard. He later claimed there was an in-house deal with Dell that all used ones had to go back to them. But many other TDs give us used ones so I can’t see why it is a problem.

“He could even just send us the ones from his constituency office. But we embarrassed him because we took the mickey out of him a bit by asking him to send us them so he said he would. Dell don’t need them, our 294 sick babies do.”

Irwin stated that each collected cartridge can return as little as €2 ($2.53) each, although expressed the importance of even a small amount: “It may seem small but with the amount [of cartridges] he used, it could pay for a few months of care for a child. If he appears with some, I will be the first to praise him. But I am not holding my breath. We’ve been waiting patiently for nearly three months and haven’t had one, there is no sign of it.

“I would like him to lead on it, it was a nice gesture, now he just needs to cement it. What good are they to Dell? They don’t need it and my babies need that money desperately.”

Ó Snodaigh later refuted claims that he failed to uphold his word, commenting to Herald.ie: “I have been told that the spend cartridges I return to the Houses of the Oireachtas are recycled for Temple Street Children’s Hospital.”