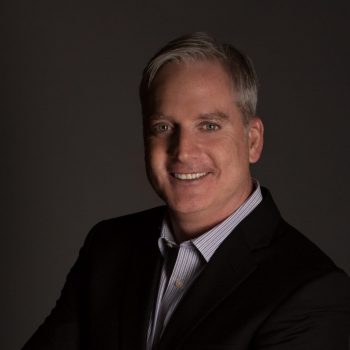 A new interview has been published with the OEM’s John Sheehan, on his new job and future plans.

Sharp’s new Vice President of Channel Sales, John Sheehan, has given an interview to The Cannata Report in which he discusses his new role, the fortunes of the company, and his hopes for a successful future in the position.

Sheehan, who took over the post two weeks ago following the departure of Laura Blackmer, described himself as “really excited to hit the ground running,” although admitted to being slightly daunted by living up to his successor.

“Laura and I were close. She was one of my biggest mentors. I’ve always learned from her and like you said, those are big shoes to fill. From my perspective, I just want [dealers] to get to know me, and just get a feel for who I am and how committed I am to driving their businesses, helping them, and making Sharp part of their business.”

The Vice President also discussed the future of Sharp, particularly with regard to its recent $3.6 billion investment from Taiwanese electronics manufacturer Foxconn.

“You’re seeing us enter new markets with new products, looking for new revenue streams with both display and copier as well as complementary products that we now have access to,” Sheehan explained. “When I first got here there were some questions on the stability of Sharp, but most recently [with the Foxconn investment] everything is moving forward. It’s a good place to be, good people, the future looks bright.”

Talking more about the investment, Sheehan continued: “I think people were generally happy with the news. It added some stability to Sharp, realizing that having that Foxconn manufacturing behind you is going to drive a lot of new products, a lot of new categories to enter in the B2B world. Explaining it was not hard because, for the record, it was an investment into Sharp.  Foxconn was looking for a promising brand, and I think people understood that to be a positive.  As we progressed through it and some of the things they are doing, it’s been easy. People are expecting big things from us and we’re starting to deliver on a lot of those.”

Sheehan, who formerly worked for NEC and LG, prior to joining Sharp, was also asked about his hopes for the first six months of his tenure, and of his plans for the company.

“I’m going to be on the road a lot more than I ever have before and I look forward to it,” he explained. “I’ll be traveling to dealers, talking with them, learning about their business, and building relationships. In addition, there’s new products and new programs, I’m going to ask for their input on a lot of the things we do going into the next year.”

Finally, Sheehan was asked about his view of what constitutes success, and what he must do to succeed in the role. “Personally, it’s the relationships I can build. I keep talking about it, but it really is the key to this job—having the respect and rapport with the dealers. It doesn’t happen overnight.”

He concluded: “I’ve built some strong relationships over the past six months in the Central region, but they can always be stronger, and now I have to expand that throughout the country.”