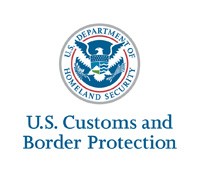 The orders are issued by US Customs and Border Protection (CBP) and relate to General Exclusion Orders (GEOs) handed out by the USITC. 2016’s seizure orders have now reached a total of 61 in 2016 compared to 60 during the whole of 2015, surpassing that figure. All three were handed to Audioland Electronic Corporation, for violating HP Inc’s 2011 inkjet ‘691 GEO and Epson’s two inkjet GEOs, 337-TA-946 and ‘565, which were awarded earlier this year and in 2007 respectively.

In May, eight more were handed down to the following: three to Compandsave.com Inc; and one each to Compu-Imaging Inc; GMC Online Trading LLC; Quantum Tech International Inc; Spectrum Imaging LLC; and Xcess Technology Inc. All the seizure orders this year variously related to Canon’s ‘918 dongle gear GEO, Epson’s ‘565 inkjet GEO, HP Inc’s 2011 ‘691 and ‘723 GEOs, and Lexmark’s ‘740 GEO.

In June, 11 more were issued, with six including three for breaching Epson’s ‘565 inkjet GEO, including LTS Consumables, Inc., Prinko Image Co. (USA) Inc., and Carla Seminario. Two of the remaining three were issued in relation to the ‘691 HP Inc GEO, to LTS Consumables and Smart and Easy Corp. Finally, the remaining order was to Emerald Recycling LLC for Canon’s dongle gear GEO, 337-TA-918.

Finally, four more were handed out in July,with the first handed to Inscribe Inc for infringing the ‘565 Epson GEO; the second to Parcel Pack Express for the ‘691 HP Inc GEO; the third to Emerald Recycling LLC for the ‘723 HP Inc GEO; and the fourth to YMCK Systems Inc. for the ‘740 Lexmark GEO.