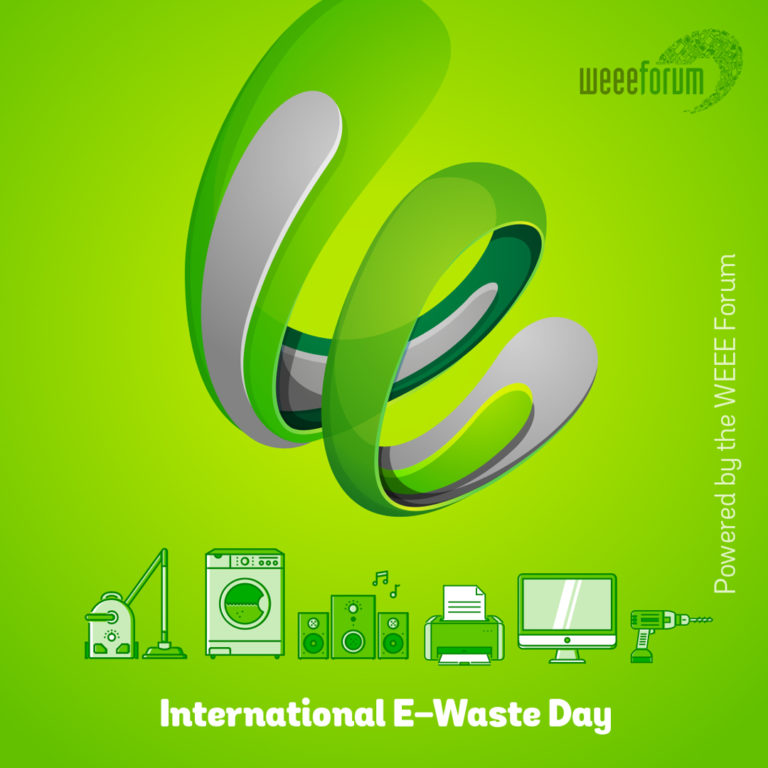 The second International E-waste Day raises global awareness about the growing problem of e-waste with one hundred organisations from over forty countries worldwide which have organised activities as part of the day taking place on 14 October.

The event, organised by the WEEE Forum, an international association of e-waste collection schemes, and its members, brings together e-waste stakeholders across the world to promote the correct disposal of electrical and electronic equipment to enable reuse and recycling. The International Telecommunication Union, the UN agency responsible for ICT, has, for the first time, become a partner in the day and its global reach will be important in spreading the message as widely as possible.

Karmenu Vella, EU Commissioner for Environment, Maritime Affairs and Fisheries explained in his dedicated video message for International E-Waste Day: “We are entering the next stage in Europe’s commitment to foster a circular economy. This will be part of the new Green Deal for Europe announced by the incoming Commission President Ursula van der Leyen.”

He continued: “Prevention and dealing with e-waste will be part and parcel of our coming work. This means recycling all our electronic waste where it cannot be avoided. But it also means rethinking the value chain for electronic goods. It means considering their appropriateness for reuse or recycling from conception. It means even going beyond and prioritizing de-materialisation and closed loop systems.”

It is estimated that 50 million tonnes of e-waste will be generated across the planet in 2019. Half of this is personal devices such as computers, screens, smartphones, tablets and TVs, with the remainder being larger household appliances and heating and cooling equipment.

Only around 20 percent of global e-waste is recycled each year, which means that 40 million tonnes of e-waste per annum is either placed in landfill, burned or illegally traded and treated in a sub-standard way and this is despite 66 percent of the world’s population being covered by e-waste legislation. This results in the huge loss of valuable and critical raw materials from the supply chain and causes serious health, environmental and societal issues through illegal shipments of waste to developing countries.

Initiatives being undertaken by participant organisations are designed to increase consumers’ knowledge about e-waste and how to dispose of it correctly. These initiatives are many and diverse and include conferences, school and city collections, promotions in stores and recycling centres, videos and animations, and an online guide for proper e-waste disposal. All of these will be promoted locally on and around International E-waste Day.

The WEEE Forum itself has developed a series of infographics that illustrate the growing e-waste problem as well as videos featuring different representatives from e-waste value chain giving their take on how to tackle the challenge. All the materials can be viewed here.

Pascal Leroy, Director General of the WEEE Forum, said: “From 2019, the minimum collection rate to be achieved annually in EU member states will be 65 percent of the average weight of appliances placed on the market in the three preceding years, or alternatively 85 percent of WEEE generated. The new collection targets seek to ensure that around 10 million tonnes, or roughly 20 kg per capita, will be separately collected. Such a high collection rate is impossible to reach without the involvement of all actors in the value chain, including citizens. We are confident that International E-Waste Day will contribute to improving the societal awareness and through this help in improving the collection rates not only in Europe, but also globally.”

He added: “There are many countries worldwide that are currently in the process of implementing e-waste legislation. We are therefore very pleased to have participants from six continents involved in this year’s International E-Waste Day and anticipate it being a huge success”.