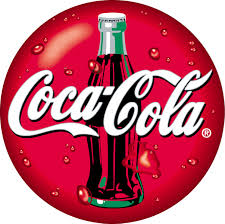 The patents claimed to have been infringed by the companies are numbers 8,488,173 and 7,477,410, both of which were invented by Laurence Klein and were issued in 2013 and 2009, although “both claim priority back to applications filed in 1996”. MPHJ claims that they are being infringed as the companies use printers and MFPs made by Xerox and Lexmark. However, it was announced that MPHJ will not challenge those using printers or MFPs made by Canon or Sharp as those OEMs have reportedly “struck agreements” with the company.

Ricoh, Xerox, Lexmark and HP all rallied against MPHJ last year as it threatened to sue a number of SMBs in the US for each staff member using scanners to scan PDF documents, alleging that by doing so they would be infringing MPHJ’s patents; with HP launching a petition in May against one of the patents used against the SMBs.

Previous claims by MPHJ were criticised by attorneys general in both Vermont and Nebraska, which stated that its demand letters were “vague” and violated state consumer-protection laws. However, the recent lawsuits filed by the company have been described as “remarkably long”, spanning up to 66 pages; with the complaints detailing the IT infrastructure of each defendant.