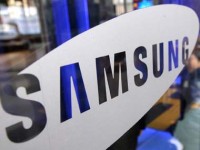 The OEM predicts its results have jumped because of a “pickup in chip and display earnings”.

Reuters reported on the OEM’s expectations for the third quarter results later this month, including that it expects profit to grow by 5.6 percent, “beating estimates” thanks to a “chip surge” and “pickup in chip and display earnings”, which are “likely [to] offset the impact” of the recent global smartphone recall that was said to have “roiled” Samsung.

On the chip side of the business, the OEM’s semiconductor business makes it the “world’s top memory chip maker”, and this unit is “thriving as Apple and peers boot the global market”, with an ironic twist being that the issues with the Note 7 “could also boost” the chip business because of the “sudden need for chips” in the replacement phones. This situation is “exacerbating already tight memory market conditions, which could push prices higher”.

Neither Samsung nor Reuters referenced the potential impact of Samsung’s deal last month with HP Inc, where the latter acquired Samsung’s printing business for $1.05 billion (€932.8 million). The Recycler had previously reported Samsung was mulling over a $1.8 billion (€1.6 billion) sale to HP Inc, after the Seoul Economic Daily outlined Samsung was “considering selling its printer business” as it “shifts focus to its core businesses”.

More details were revealed by both OEMs after the announcement as well, and its potential impact on the Chinese market was also discussed.