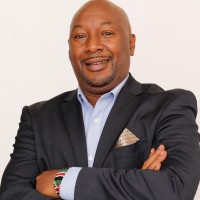 Plans to set up a manufacturing facility for printers may have been set back after the CEO promoting the plant has resigned, along with more than 20 senior managers at the OEM’s Nairobi base.

Soko Lako said the plans were “in doubt” after Robert Ngeru stepped down as the Vice President and CEO for East Africa, one of 26 senior and mid-level managers to leave the Kenya unit since the beginning of 2015.

Ngeru was pushing for the OEM to create a printer, laptop and television assembly plant in the country, which would initially employ 900 people directly, with over 1,000 involved in its supply and marketing activities, but the executive has now tendered his resignation and will finish by the end of the month.

The Nairobi office, which was also Samsung’s East and Central Africa HQ, had 150 permanent employees in January, including 100 Kenyans and 50 expatriates, meaning the loss of the 26 Kenyan workers reduces the local workforce by a quarter.

It was established with the aim of reducing building close ties with partners in the region, culminating in the setting up of a local assembly plant, an objective which may now be shelved.

Ngeru said he plans to set up a consultancy business, after having worked with Samsung East Africa since 2010. The OEM’s management declined to comment on his exit, issuing a holding statement instead.

Another former executive said the departures were due to the company stripping the regional office of its autonomous status, adding: “There is a change in strategy that has seen most input by local executives not being considered and a push to align the marketing campaigns to the global one.”

He said this approach is “not working well and runs against the previous approach of localising the marketing strategy to resonate with end users”.