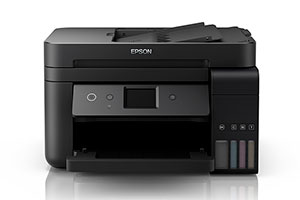 Western Europe’s largest distributors saw printer sales boom at the end of the first quarter of 2020 and then fall in the second quarter, according to the latest data published by CONTEXT, the IT market intelligence company.

Although inkjet SFPs saw the biggest year-on-year improvement, sales of inkjet MFPs (multifunction printers) also increased during March, as did those of laser MFPs, albeit on a more modest scale. Laser SFPs followed a different course, with sales falling and remaining below those seen in 2019.

The sudden rise and fall in sales of inkjet SFPs contrasts with the consistently flat performance of these devices in the first half of last year: sales were up by 45.6% in March but distributors sold more than ten thousand fewer units in May 2020 than in May 2019. According to CONTEXT, this suggests that increased demand caused a supply shortage. Sales of inkjet MFPs, consistently the most popular printers, also spiked in March. It is possible that increased demand for inkjet SFPs was prompted by distributors and vendors reaching the end of their supply of inkjet MFPs near the start of July.

Pricing may also have been a factor as average selling price (ASP) of inkjet SFPs fell between January and April, then rose in May and June before falling again in July pushing sales back up to a level corresponding to a 9.4% year-on-year increase. The March sales increase for these products came in the middle of this ASP decline, whilst the subsequent reduction in sales coincided with the restoration of higher prices.

Business and consumer products contributed equally to the March inkjet SFP sales spike. However, in Western Europe, overall sales to business-targeted models declined by 11.1% in the first quarter and by 20.1% in the second.

Meanwhile, the consumer-targeted printers increased by 14.6% in the first quarter but only 4.9% in the second reflecting the softening of the market as spring turned into summer. Most inkjet printers sold are MFPs, and the pandemic has affected sales of business and consumer inkjet MFPs in quite different ways. The growth in sales of consumer models reached a height of 36.3% year-on-year, with ink-tank devices doing particularly well.

“Given the pandemic, it is not surprising that consumer models have performed well and that the overall market has been challenging”, said Antonio Talia, Head of Business Analysts at CONTEXT. “Developments in the next few months will continue to shape sector-specific growth and determine both how long the consumer boom lasts and whether the business sector makes a good recovery.”