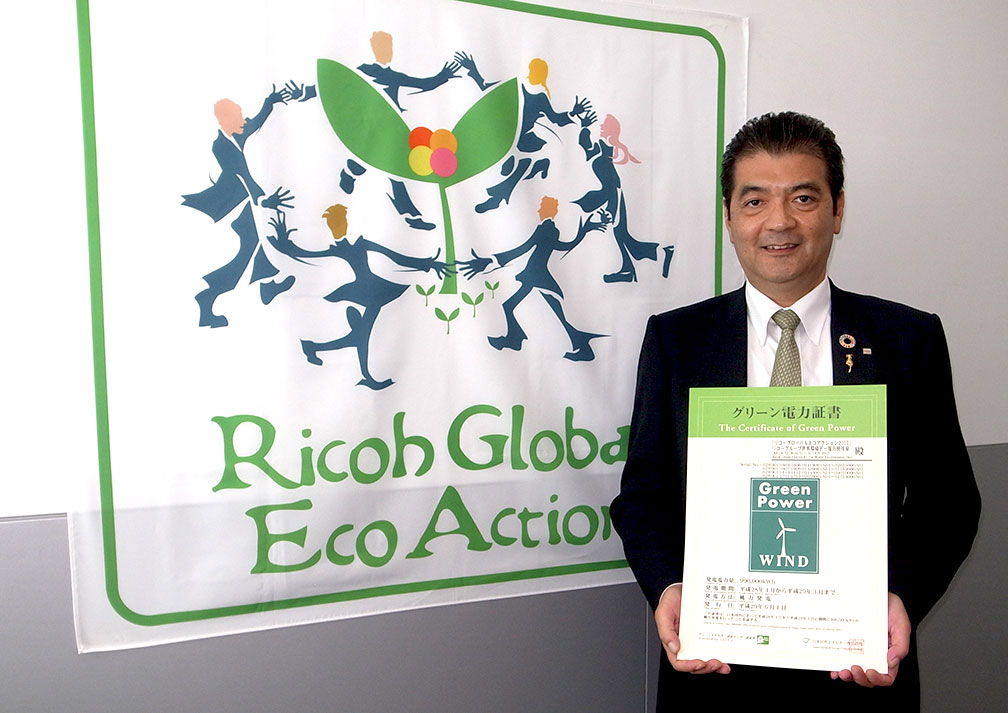 Ricoh announced that it made use of the Renewable Energy Certificate System to cover its total power consumption of 1.8 million kWh across Ricoh Group companies in Japan and other countries on Ricoh Global Eco Action Day, 5 June, which is the United Nations World Environment Day.

Through the use of the Renewable Energy Certificate that Ricoh bought from the Japan Natural Energy Company Limited, the electricity consumed is considered as being supplied by natural energy.

This year Ricoh established the Ricoh Group Environmental Goals with the aim of achieving zero greenhouse gas (GHG) emissions across the entire value chain by 2050. The Company also expressed its intention to actively use renewable energy, and Ricoh has become the first Japanese company to join the RE100, a global initiative.

Achieving the target requires a range of efforts, with Ricoh Global Eco Action being one of the most significant. We will strive to achieve a zero-carbon society to realize zero greenhouse gas (GHG) emissions through a variety of activities.