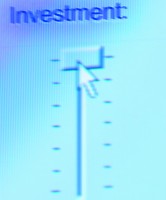 claimed “non-standard” printer consumables are adversely affecting performance of the OEM’s devices during a discussion regarding the Indian division’s plans for expansion by 2013-14, reports Business Standard.

Takano commented: “Our market research revealed that customers were using non standard consumables to achieve lower cost of ownership. This was adversely impacting the printer performance.

“With the introduction of Ricoh’s Genuine Refill Programs, Indian customers are assured of consistent printer performance and low cost of ownership. This initiative is consistent with Ricoh’s policy of ‘Harmonise with the environment’ through products that reduces environmental impact.”

The OEM has also released three new laser printer models, and intends to reach a sales target of 100,000 units in the current fiscal year.