The OEM has purchased DPS Business Centre in the Northern Territory. 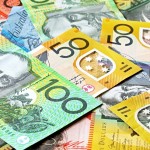 The OEM related that the acquisition was its first in the Northern Territory, and stated that “it was not currently considering any other acquisitions” in the region. It also gave reasoning to the acquisition by noting that it allows for the OEM to “follow growth to [the] top end”.

Ricoh Australia’s Managing Director Les Richardson said: “We believe that the Northern Territory will be one of the strongest growth areas in Australia over the next 10 years. When the opportunity arose, it was a simple decision to acquire DPS – through them we have had a successful and long standing relationship with the Territory.

“This acquisition offers an excellent opportunity to expand our consulting and document management solutions to Australia’s top end.”