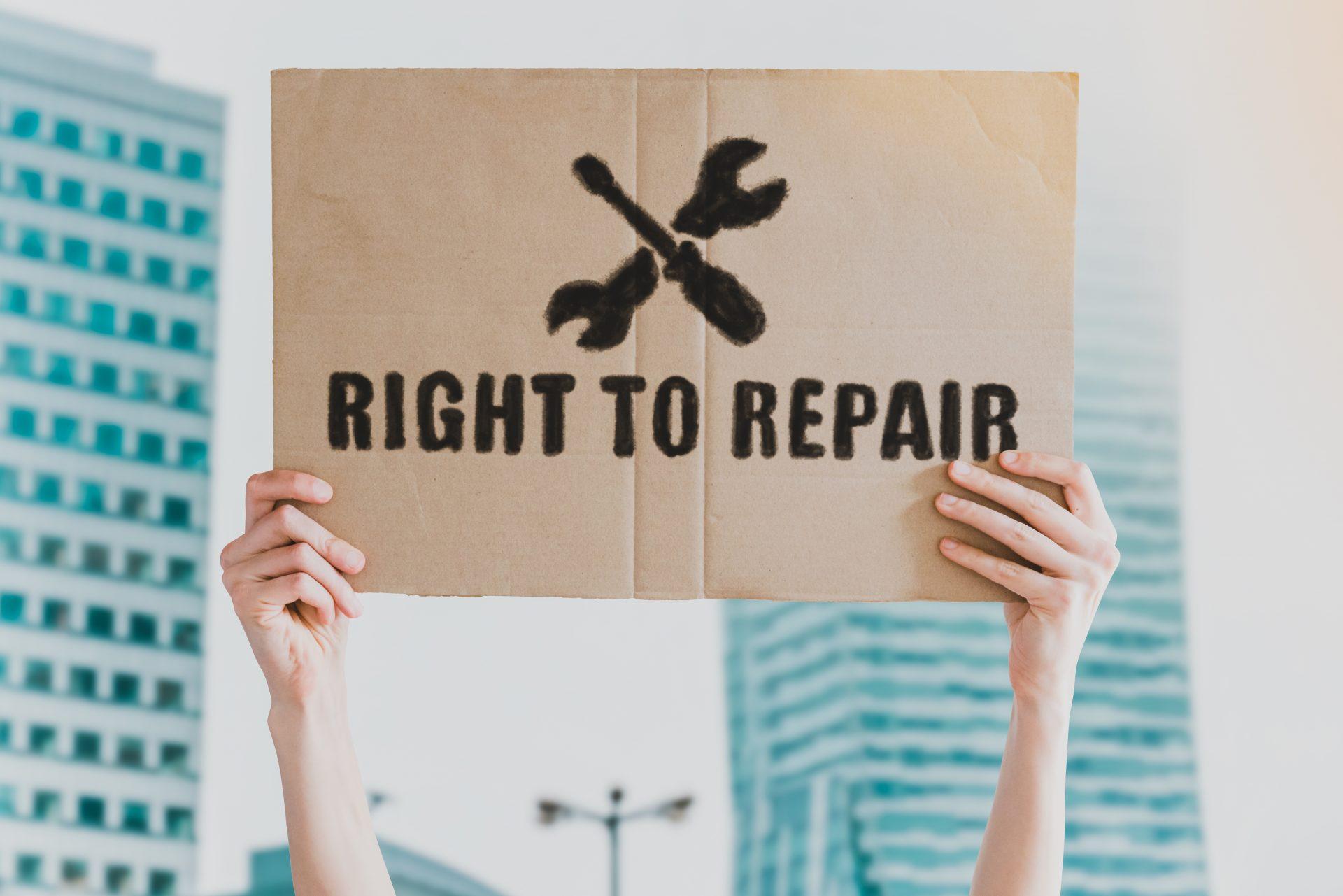 Following last week’s right to repair protest in Brussels, the UK based Restart Project has recently launched a petition calling on the UK government for a fundamental Right to Repair.

The UK, campaign member of the European Right to Repair lobby, the Restart Project, recently launched a petition calling on the UK government, BEIS and Defra ministers for an absolute Right to Repair.

According to the Restart Project: “The UK are still the second highest producers of electronic waste in the world, per capita” and says “the UK government largely ignored recent recommendations by Parliament to reduce electronic waste through a comprehensive Right to Repair. It’s moving extremely slowly and this is clearly not a priority. Meanwhile, Big Tech and industry are pouring millions into lobbying against the Right to Repair across the world.”

“The new measures for repair of washing machines, dishwashers, fridges and TVs are a good precedent, but not yet the Right to Repair we urgently need.” The organisation said.

The petition is asking for:

Last week’s protest in Brussels saw the Right to Repair Europe highlight the problem that “printer manufacturers have been making conscious design decisions that result in short-lived consumer products.” They also highlighted that “cartridges that stop printing despite still being 20 to 40% full and products that are extremely difficult or even impossible to repair.”

In its Circular Economy Action Plan, the European Commission committed to regulating the printer market “unless the sector reaches an ambitious voluntary agreement” by September 2020.

EuroVAprint, the OEM body negotiating the “ambitious voluntary agreement”, has still to get the agreement signed off by the EU and member states. Right to Repair Europe highlighted that OEMs “voluntary agreement” proposal wouldn’t require them to supply spare parts and repair information for printers priced below €350 ($427), impacting on the vast majority of consumer printers.