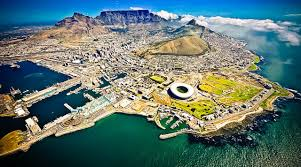 The weaker currency is causing many South African companies to turn to used equipment.

Demand has been driven by the desire to maintain world-class printing standards, whilst recognising the need to stretch IT budgets further and further. The majority of office equipment is sourced and imported in US dollars or euros, which has led to marked increase in costs of new equipment following the recent depreciation of the rand against foreign currencies.

There is also the environmental case as well as the economic one, as in many cases the pre-used units have only reached up to 20 percent of their usable life, and would therefore have ended up in the scrapyard unnecessarily.

“It’s a win-win situation,” Ryan Lumley, Sales Director at United Business Solutions says. “[Remanufactured equipment] allows them to not only reduce capital outlay for the unit, but also run their monthly printing at a lower cost.”