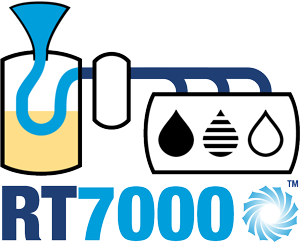 Recycling Technologies, a company specialising in the chemical recycling of mixed plastic waste, has announced it closed its fund raising on Crowdcube on 7 March 2018.

Recycling Technologies began a fund raising on the crowdfunding platform on 16 February 2018. This fund raising attracted considerable support from just over 1,500 investors. The company drew investment from its existing investors, strategic investors and members of the public. A substantial investment of £1m ($1.4m/€1.1m) from InterChem, a global petroleum and petrochemicals trader, meant that the round closed 9 days before the scheduled close date.

In a world where only 10 percent of valuable plastic waste materials are recycled each year, Recycling Technologies’ RT7000 machine recycles mixed plastic waste, including those considered unrecyclable such as films, coloured and laminated plastics including crisp packets and food pouches. The RT7000 recycles this broad range of plastic waste into a valuable oil commodity, called Plaxx®, which replaces fossil-fuel derived feedstock in new polymer production and industrial waxes.  Recycling Technologies has an aim to add 10 million tonnes of plastic recycling capacity, worldwide, by installing 1,300 RT7000 machines by 2027.

“We are very grateful to all our investors for their tremendous support and thank them for their backing of the team at Recycling Technologies.  This is an important first step to change the story of plastic providing a commercial solution to chemically recycle waste plastic currently blighting the World’s environment. We can now accelerate our operations and acquire a facility to assemble the RT7000 machines.”