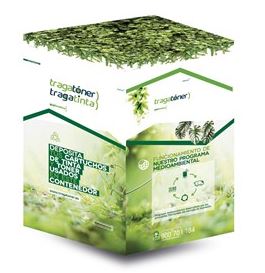 The organisation has announced the launch of its first toner and printer cartridge collection system in Spain.

Recyclia is deploying over 40,000 collection points in major stores and commercial premises as well as public buildings and other prominent locations around the country. The organisation says it expects to collect over a thousand tons of printing consumables (about 6.6 million units).

Recyclia explains, “The implementation of these recycling systems coincides with the regulatory change in Spain, which will come into force on August 15, whereby the printing consumables with electrical parts – “most of which are marketed” – will go to be considered as ‘electronic waste’.”

This new collection system in Spain will utilise Recyclia’s 15 years of experience in the waste management of electronic equipment.