REACH updated to include components 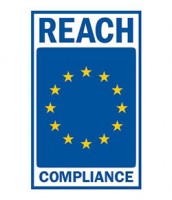 he European Court of Justice decreed that “components of a complex product” must be registered under REACH “when they contain a substance of very high concern in a concentration above 0.1 percent”.

The REACH (Registration, Evaluation and Authorisation of Chemicals) legislation was established in 2007 to ensure manufacturers and importers were providing safety information to the EU about the chemical makeup of their products, with ink and toner coming in scope. In 2011, the European Commission told member states that REACH applied only if a substance of very high concern exceeded 0.1 percent “in the entire article”, which was challenged by five member states and Norway.

The court’s decision clarifies that an ‘article’ in any product is “an object which during production is given a special shape, surface or design which determines its function to a greater degree than does its chemical composition”, though this omits provisions for complex products containing several articles, such as a cartridge. The court says this removes the need “to draw a distinction between the situation of articles incorporated as a component of a complex product and that of articles present in an isolated manner”. This would mean that the new law will affect both suppliers and remanufacturers who are already trying to adhere to REACH.

The court added that “each of the articles incorporated as a component of a complex product is covered by the relevant duties to notify and provide information” when coming in scope, while producers only have to notify for articles they have made, excluding those made by a third party – in which case, the third-party creator must notify the relevant authorities.

Importers of products with one or more articles are considered importers of those articles, and “the fact that it can be difficult for importers to obtain the required information from their suppliers established in non-EU countries does not alter their duty to notify”, with this duty applying “to all operators along the supply chain”.

Consultancy group Enhesa said on its blog that the ruling will be “for many manufacturers […] an explosion in risk exposure” as it “requires the compliance program to operate at a much greater level of detail. Putting this as a condition in the purchase order to your suppliers is one thing, but is not enough to ensure compliance”.

“Now that the requirement has been clarified, we expect increased enforcement, not only by the authorities, but mainly by competitors and consumer organisations,” it added.

There are currently 163 candidate substances of very high concern, and of the main uses for these substances, 53 include ink, paints or coatings, 46 are mainly used in plastic articles and 36 in electrical and electronic equipment; second, third and fourth respectively for the most common product categories.