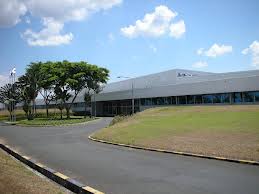 Epson Philippines attributes its “tremendous” growth to a booming economy, fuelled to an increasing extent by provincial businesses.

According to Inquirer.net Epson Philippines cites “a booming economy and unique technological innovations” as being responsible for its substantial growth, in addition to its 55 percent share in the market.

“Before, when the economic growth was a little bit limited, we saw the majority of our revenue coming from NCR. Now we’re seeing a lot of it coming from the provinces. The growth of the economy is also spreading the spending capability of the public, so it’s also coming from the businesses of provinces. And this is where our product lineups are starting to focus on. We are going not only after the consumer, but also businesses with printing and projecting needs,” explained the Filipino subsidiary’s General Manager and Head of Marketing, Eduardo Bonoan.

Epson’s growth spurt began back in 2011, the year it unveiled the first set of printers to feature Continuous Ink Supply System Technology.

The growth has been tremendous; we’ve been continually growing at a double-digit pace since then, and it continues to get stronger,” Bonoan said.
Epson Philippines, which lists its target consumers as “conglomerates, SMEs and schools”, has also introduced a new auto-duplex printing feature on its recently launched L-series Ink Tank printers to help users cut down on paper costs.

Epson’s Philippines subsidiary has also experienced a great deal of success with its projector sales, reaching the highest spot in the market.

With our printers and projectors, the technologies they utilize are our core ones,” said Cruz, speaking about the OEM’s Micro Piezo printheads and 3LCD projectors. “They’re homegrown, as opposed to competitors, which buy their technology from somewhere else.”

The Micro Piezo technology “creates high-quality printouts and allows the printer to dispense ink more efficiently”, according to Bonoan.

Meanwhile, Epson’s 3LCD technology “promises to give users images with colors that are truer, brighter and easier on the eyes.”

These core technologies are so important, because so many products can be derived for different markets and applications,” explained Bonoan.