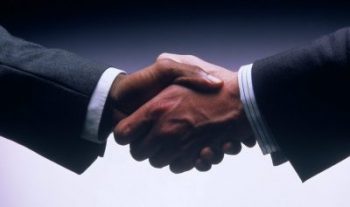 “Concrete progress” has been made on the text of the trade agreement being formulated between the two countries, according to Chinese state media.

As the South China Morning Post reveals, a telephone conversation was held between Chinese Vice-Premier Liu He, US Trade Representative Robert Lighthizer and US Treasury Secretary Steven Mnuchin, with Xinhua reporting “concrete progress”.

This news follows Donald Trump’s recent statement explaining that “Washington would know where things stood regarding a possible trade deal with China in the next three or four weeks.”

“We’ll have news on China. Probably one way or the other, we’re going to know over the next three to four weeks,” Trump said during a St Patrick’s Day reception held at the White House, adding that China had been “very responsible and very reasonable”.

“If that one gets done, it will be something that people will be talking about for a long time,” he concluded.

Mnuchin also weighed in, revealing that the US and China were “working in good faith”, though he also revealed that the leaders of both countries, Trump and Xi Jinping, would not meet to “seal a trade deal” until the end of March.

“There’s still a lot of work to do, but we’re very comfortable with where we are,” Mnuchin said. “I don’t think there’s anything significantly different on the currency issue from where we were last time.”