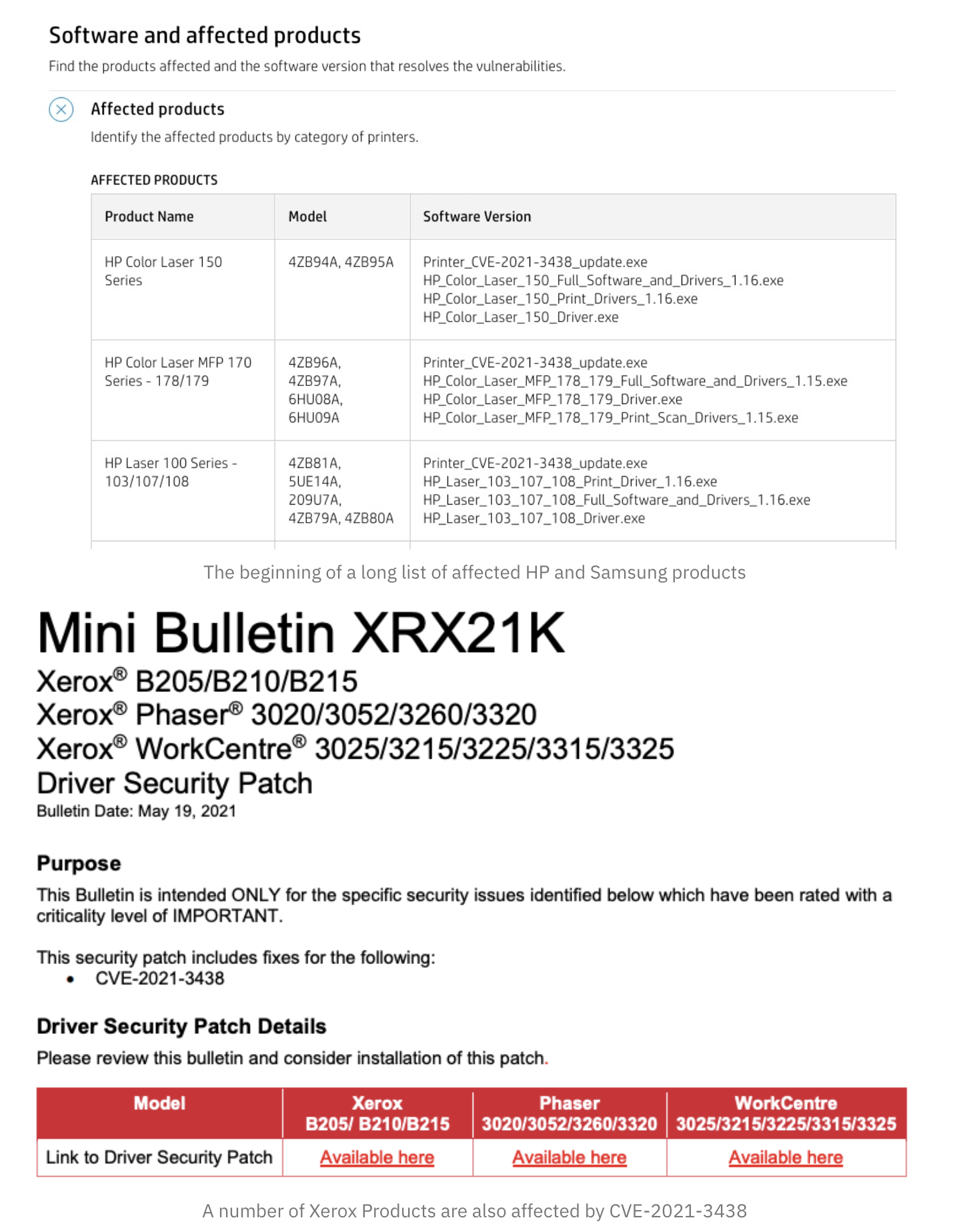 Several months ago, while configuring a brand new HP printer, the SentinelLabs team came across an old printer driver from 2005 called SSPORT.SYS. This led to the discovery of a high severity vulnerability in HP, Xerox, and Samsung printer driver software that remained undisclosed for 16 years.

SentinelLabs said that this vulnerability affects a very long list of over 380 different HP and Samsung printer models as well as at least a dozen different Xerox products.

After discovering the issue in February this year, SentinelLabs informed HP. In May HP released an advisory for CVE-2021-3438 and updated the affected models list.

SentinelLabs concluded: “While we haven’t seen any indicators that this vulnerability has been exploited in the wild up till now, with millions of printer models currently vulnerable, it is inevitable that if attackers weaponize this vulnerability they will seek out those that have not taken the appropriate action.

“We would like to thank HP for their approach to our disclosure and for remediating the vulnerabilities quickly.”