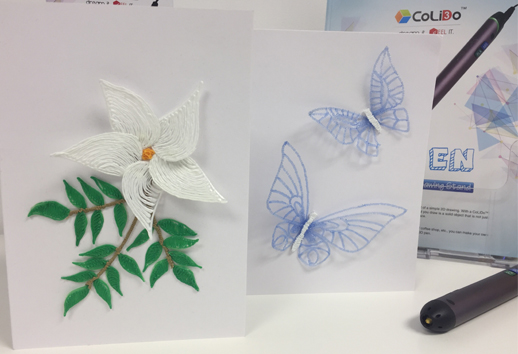 The company’s CoLiDo 3D printer will be shown on the Create and Crafts shopping channel.

In a press release, Print-Rite said that the company is very excited to report on its TV debut showing the 3D printer, and that it has had a television crew from the Create and Craft Channel spend two days in Langley Mill filming the CoLiDo 3D printers “in action” and interviewing staff “about the company and our popular 3D printers”.

The programme can be seen on 15 January at 1pm GMT on the Create and Craft Channel (available on the UK’s Freeview, Sky, Virgin and Freesat services respectively on channels 23, 674, 748 and 813), and Print-Rite has been given a two-hour slot for the “World TV Launch”. The Print-Rite team will work alongside the host of the show, Dean Wilson, and star guest Janice Phillips, who will “guide viewers through the wide-ranging capabilities of a CoLiDo Compact” as well as the “fantastically versatile” and “low-priced” 3D pen.

Both products will be available to buy from the programme, and Print-Rite noted that the programme will “focus on the exciting contribution the two products can bring to the crafting market”, with “live print of items like card decorations, gifts, and also home décor like light shades, and functional items such as small storage pots”. A number of “amazing print-outs” from the team will also be on show.