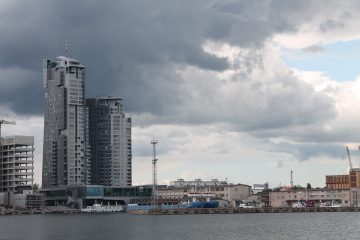 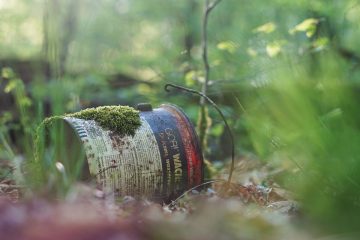 Three British firms are now under criminal investigation following the interception of a massive shipment of illegal waste discovered by authorities at the Polish port of Gdynia.

The shipment of illegal waste, which had been incorrectly designated as “plastic recycling”, consisted of a thousand tonnes of “boxes, tins, detergent packaging and engine oil”. The UK Environment Agency revealed that it is “working with Polish authorities” to return the illegal waste to UK shores, and a criminal investigation has been launched into the three firms responsible for sending it, as The Independent reports.

“If it’s correct as alleged in the press about the involvement of organised criminals then that is very serious indeed and local authorities and businesses need to be vigilant and make sure they understand their duty of care requirements,” commented Jakob Rindegren, recycling policy adviser for the Environmental Services Association, which had issued a warning about waste crime.

The National Audit Office has also been raising “concerns” about the potential mismanagement of packaging waste, and EA helmsman Sir James Bevan has issued a dire warning describing waste crime as the “new narcotics”, costing the UK a whopping £1 billion ($1.2 billion/€1.1 billion) a year.

Worries surrounding improper waste management in the UK began in earnest following the implementation of China’s ban on “foreign garbage”, which prompted similar (albeit temporary) bans by both Thailand and Malaysia, following an assessment by BAN which warned that they were in danger of becoming “dumping grounds” for illegal waste.

Poland has also instituted its own crackdown on waste crime following the outbreak of toxic fires at waste dumps.

“More and more countries are saying ‘no, thank you’ to Britain’s plastic waste. This should be a wakeup call that “out of sight, out of mind” is not a viable solution to deal with the overproduction of throwaway plastic,” said Greenpeace campaigner Louise Edge.

However, the UK is not the only nation currently in hot water over the mounting problem of plastic waste and where to put it, with many countries currently reliant on the exportation of “a huge proportion” of their plastic waste.

These waste woes could be further increased by a potential amendment to the Basel convention which would reclassify plastic as “requiring special consideration”, thereby “restricting US exports to many Asian countries.”

Rindgren commented that it would be “difficult to predict” the possible impact of this amendment on the UK.

Meanwhile, industry experts are calling for a “new British recycling infrastructure” and environmental campaigners are denouncing many companies for not making “sufficient changes” to how much single-use plastic they produce.