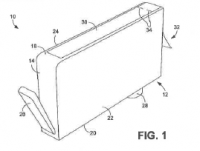 Computer programmes as such cannot be patented in Saudi Arabia, while Taiwanese software patent applications involves an “omnibus judgment”, with the patent claims as a whole examined, as well as the specification and drawings.

Lexology wrote about the Taiwanese and Saudi regulations, with the Taiwanese administration requiring applicants to make amendments if the technical nature of the patent is unclear. An examiner who decides that the software or hardware plays a significant role in the invention is not stated in the application may consider whether or not someone skilled in the art could implement the invention.

Applications in Taiwan have a grace period, with applications allowed to be filed within six months of: a test that publicly discloses an invention; a print publication disclosing it; the display of the invention in an exhibition recognised by the government; or the invention being disclosed without the applicant’s consent.

When successfully defending a patent against infringement, owners can obtain the remedies of: preliminary injunctions; final injunctions; reasonable fees for pre-grant use between the patent grant date and the publication date; damages for post-grant infringement; and up to treble damages for an intentional infringement. $5,000 (€4,590) or more may be needed to take a case through a first-instance decision.

Turning to the Saudi process, applications need to show an “inventive step” and be “industrially applicable”. While computer programmes are not patentable, if one is tied up as a technical solution to a technical problem, a patent may be pursued. Business methods are also excluded and protection is not granted if exploitation of the invention contradicts Sharia law or is harmful to human or animal life.

Saudi Arabia has no grace period, while oppositions to patent have to be filed within 90 days of it being granted. Patents are typically granted about three to five years after filing, with the costs associated with filing and receiving a patent at around $8,000 (€7,340), providing no examination reports are issued.