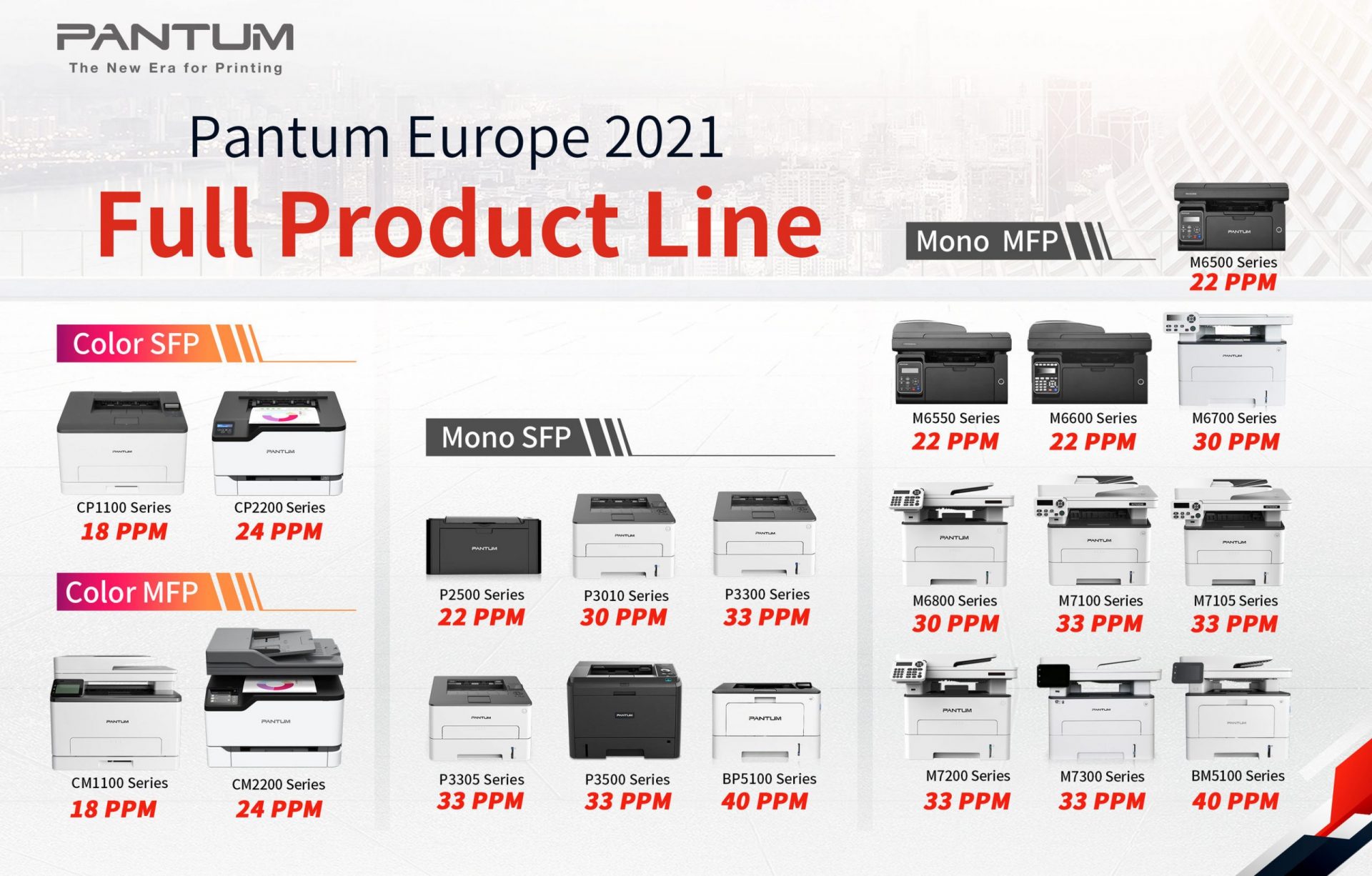 Pantum is set to rapidly expand its European commercial network in 2021. The company will release the high-end BP5100 series and BM 5100 series, which achieve printing speeds of 40 pages per minute (PPM), while also launching on-the-ground after-sales services in Spain.

In the European market, Pantum will launch the “simple smart” SS Series (including the P2500 series, M6500 series, M6550 series, and M6600 series). This series is Wi-Fi-equipped and designed for wide-ranging corporate users from small businesses to enterprise work groups, with its mobile printing and one-step driver installation features.

And finally, Pantum said they will launch the BP5100 series and BM 5100 series which is Wi-Fi-equipped, with commanding printing speeds of 40 PPM and a powerful paper tray.

Pantum said it will first focus on the key markets of Western Europe and Central and Eastern Europe, before expanding its business coverage to other areas in the region.

To support its rapid business expansion, Pantum is strengthening its European warehousing logistics network and customer services. Its main warehouse, located in the Netherlands, will serve as its logistics hub, the company explained.

Pantum added that it has also forged strong distributor and wholesaler partnerships in the UK, France, Italy, Spain, Portugal, Romania and Turkey. Meanwhile, it has also established an after-sales service centre in Spain and France, cooperating with local partners to provide fast and efficient services to the country’s customers. As Pantum moves forward in its expansion strategy, it said it will implement even more marketing, sales, and service activities.