Over half of companies breached in 2016 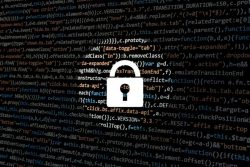 In a new video, Xerox’s CISO warns of the risks of hackers exploiting insecure printing.

Xerox’s Chief Information Security Officer, Dr. Alissa Johnson, has told the McAfee MPower Security Summit in Amsterdam that in 2016, 61 percent of companies suffered a breach due to insecure printing.

In a vlog recorded by Edwin Jongsma, Johnson – who previously worked as the White House’s Deputy CIO for the Obama Administration – speaks not only of the risk posed by printing insecurities, but also of the sophisticated methods hackers are using.

“The hacker community is using the same methods and techniques at the White House as they are at Xerox,” she explained. “Xerox is not holding any nucealr secrets, no government codes, or anything like that, but the tools that they’re using, the methods, the way they’re trying to get in, is the same way that they were trying to get in to the White House network, and so I think we have to maybe think, wow… this is not a government problem, it is not an auto industry problem, it is not a financial sector problem, it’s not any one of those, it is really a larger problem, because we’re all fighting the same fight.”

Johnson warned that although “we’ve really opened the level of innovation”, companies have also opened the door to potential new threats. Describing the White House as a start-up company, she acknowledged that hackers’ “tools may be tweaked for a specific system, but the methods they are using are the same.”