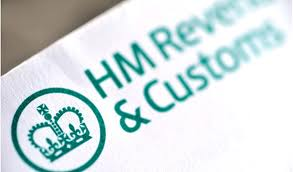 Online retailers such as Amazon and eBay have evicted thousands of overseas sellers following a VAT-related crackdown by HMRC.

As the BBC reports, the overseas sellers – the majority hailing from China – “sold items including British flags, phones and fake eyelashes but evaded VAT”.

HM Revenue and Customs (HMRC) has a practice of sending notices to sites if they feature the ware of businesses “failing to pay the correct VAT”.

So far, 4,600 sellers have been discovered, spread across seven sites – among them eBay, Amazon and Etsy. These sites, which have “signed a special agreement” can be “pursued” by HMRC if they continue to harbour such sellers.

These new regulations were instituted in 2016, with HMRC saying it had “recouped about £200 million ($256.7 million/€224 million) in VAT after sellers registered to pay VAT following an alert”.

“These figures show that HMRC, working closely with the major online marketplaces, is making real headway tackling this serious and damaging evasion,” said Mel Stride, financial secretary to the Treasury.

Overseas businesses selling products to UK consumers through online marketplaces “are required to register for VAT in the UK, charge VAT of 20 percent on sales and account for that VAT to HMRC.”