The Recycler speaks with LVL’s Philippe Guenin and CR Technology’s Andy Mayfield on where the aftermarket stands on OEM collaboration.

As evident by recent news and developments, OEM 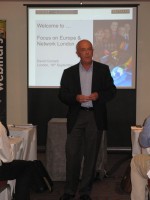 collaboration is rapidly coming to the forefront of discussion within and around the aftermarket. Distinct as competition but also possessing a legal clout that could work to the aftermarket’s favour, the remanufacturing industry has long had an unusual relationship with the OEMs.

The Recycler spoke with CEO of LVL and France Cartouche Reemploi (FCR) member Philippe Guenin and CR Technology and industry luminary Andy Mayfield on the finer details of OEM collaboration, including points to celebrate and where to look out for.

Guenin opined that it was “essential that we maintain a dialogue, and everywhere possible, cooperation with the OEMs.

“One of the issues where the possibility of cooperation is most obvious is the fight against clones; we obviously do not have the clout of the OEMs and yet I am convinced that we can benefit a great deal from adopting a very clear, unambiguous and strong stance against clones.” 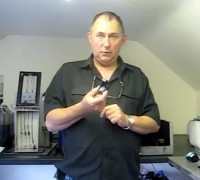 Guenin’s focus on the OEM assistance of clones, recognising their legal prowess but noted his cynicism regarding an unspoken truth that “everyone knows where the clones are coming from and who is dealing in them, and the OEMs have the capacity to muster a force and prevent it but simply aren’t.

“I don’t full trust what the OEM spokesman has to say – they say what their superiors tell them to say, and they at the eleventh hour close ranks. That might be overly cynical but that’s been my experience with them throughout all the years I’ve done this business.”

For their full comments on OEM collaboration, check out issue 236 of The Recycler.