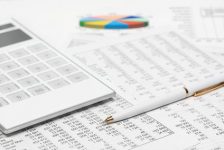 The company has released its consolidated financial results for the first half of the fiscal year ending 31 March 2021.

OKI said: “The impact of COVID-19 continued, mainly on overseas markets, and equipment sales remained sluggish.” The company added: “Profits were low due to sluggish sales. Sales mix is in the process of improving.”