Office Depot-Staples deal potentially back on? 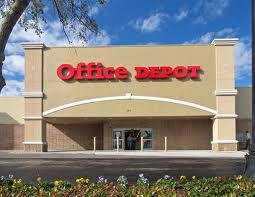 On 26 July the Federal Trade Commission approved the Sycamore – Staples deal. However, is there a potential deal with Office Depot on the horizon?

In June Staples accepted the offer of $6.9 billion (€6 billion) from the private equity firm Sycamore Partners. The sale to Sycamore was agreed after turning down the bid from Cerberus and the failed merger last year with Office Depot after antitrust concerns were raised.

The deal includes the distribution business as well as 1,500 retail stores which might be the subject of a further deal, potentially with Office Depot.

The New York Post reported that sources have told them that “Sycamore has signalled a willingness to offload the stores”. With this in mind, there could be a merger of the two office retailers whereby Office Depot would  “create the nation’s only big-box office-supplies chain, with thousands of locations coast to coast”

According to the New York Post “It’s not clear whether Office Depot and Staples have rekindled talks, but with Sycamore a willing seller, Office Depot is the most logical buyer, insiders said.”

The article mentions that Sycamore in its attempt to getting the finance sorted for the buy out is looking to separate Staples’ distribution business from its retail business which would enable Sycamore to sell the retail arm separately without an impact on the lenders.