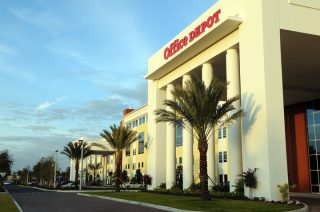 The office equipment supplier has published its data for Q3 of the current fiscal year (ended September the 30th), with income falling despite a rise in sales.

Reflecting on the results, Office Depot CEO Gerry Smith said: “We’re making excellent progress on our strategy and we have again delivered strong top line growth and generated significant free cash flow. A primary focus during this phase of our transformation is to recapture top-line sales growth and strengthen our core, and I’m pleased to report that our Business Solutions Division delivered their best quarter in over a decade, with sales up 6 percent in total including recent acquisitions, and most importantly, up 1 percent organically. The investments that we are making in building our services capabilities are also continuing to pay off as service revenues again grew double digits in both our BSD and Retail divisions.”

“Overall,” Smith added, “we are making great progress on our transformation and remain confident that we have the right strategy in place to drive sustainable, profitable growth in the future.”