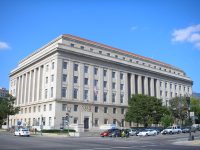 The office supplies retailer, and its software firm Support.com Inc., have been fined by $35 million (€31.1 million) by the US Federal Trade Commission (FTC).

The payment comes as a settlement for allegations from the FTC that the companies “tricked consumers into buying computer repair services,” according to Reuters.

The two companies were accused of deception, after claiming that software had found symptoms of malware on customers’ computers.

The FTC has said it will use the money to provide refunds to affected customers.