The company announced that it is cutting costs across the board and closing 300 stores over the next three years.

The business’ stock shares rose 15 percent after the announcement, reported Sun Sentinel and along with the 300 stores to close it is also selling its “international businesses”. 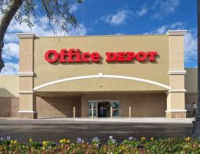 Shares closed at $3.51 per share (€3.1), which is up 46 cents (€.41) since the press release, and Roland Smith, CEO of Office Depot, said that “sales to large customers are back on track following uncertainty related to the planned Staples merger”, which was blocked in May.

Smith added that “we are recovering quickly from the disruption caused by the protracted Staples acquisition attempt”, with the company closing seven stores in the last third quarter, and planning to close 65 more by the end of the year.

Mathew Fassler, Analyst at Goldman Sachs, delivered a report on Wednesday that stated Office Depot was “in line” with expectations, and noted that “Office Depot took $40 million in charges for the quarter, related to integration of its 2013 acquisition OfficeMax, Staples’ planned merger charges and company restructuring”.

Previously the company has closed 400 stores, creating $100 million (€90 million) in “benefits” said Smith. Retail space will be reduced by 2.8 million sq. feet this year after the closure of 125 stores.

A spokeswoman for Office Depot, Karen Denning, would not say how many employees will be affected but said “there are still about 2,000” workers at the headquarters in Boca Raton.

Office Depot has also “opened 15 smaller stores”, and the CEO said that they expect to show the new design in 2017. Smith also said that “the company would consider acquisitions in cleaning and maintenance supplies where it has been seeing strong sales”.