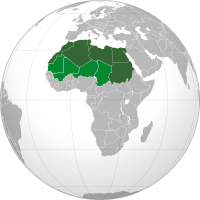 The global technology research and consulting firm’s Quarterly Hardcopy Peripherals Tracker shows that 528,736 units were shipped in the region in 2018 for a total value of $172.45 million (€151.48 million), up 10.2 percent and 9.3 percent, respectively, year-on-year.

The HCP markets in Egypt and Algeria enjoyed considerable year-on-year growth in 2018, with shipments rising 45.4 percent and 41 percent, respectively, thanks in large part to a stabilisation in exchange rates and a recovery in global oil prices. However, “sluggish” economies adversely affected the performance of the HCP markets in Morocco and Tunisia.

The overall North African inkjet segment saw strong unit growth of 18.1 percent year-on-year to total 218,241 units, while the segment’s value was up 21.2 percent over the same period to $25.27 million (€22.2 million). This was largely driven by shipments of ink tank printers, which saw a 41.7 percent increase in units to account for more than one-quarter of the overall inkjet segment in 2018.

“The growing interest in ink tank printers was largely spurred by an increased focus from vendors on introducing affordable new ink tank models targeting both consumers and SMBs,” explained Samar El Sayed, a senior research analyst for imaging, printing, and document solutions for IDC in North Africa. “The attraction of these devices is that they can help enhance workflows, reduce costs, and optimise efficiencies.”

By comparison, the mono laser segment saw slower growth of around 5 percent year-on-year in both units and value to total 266,622 units worth $97.23 million (€85.4 million). This growth was spurred by strong demand from the government sector, particularly for A4 devices from the 31-44ppm (pages per minute) speed segment.

Shipments of A3 colour laser devices experienced healthy year-on-year growth of 45.7 percent in 2018 to total 8,885 units. However, the segment’s value increased by just 9 percent over the same period to $33.2 million (€29.1 million), indicating a decrease in average selling prices. “IDC expects the A3 colour laser segment to perform well over the coming years, propelled by increasing demand for print services contracts from both the public and private sectors,” said El Sayed.

In terms of vendor rankings (laser and inkjet combined) for the North African HCP market during 2018, HP Inc. and Canon placed first and second, respectively, in unit terms, together accounting for just under two-thirds of the market’s overall shipments.

Epson remained in third place thanks to strong sales of its ink tank devices, which accounted for almost 75 percent of its volume of shipments to the region during 2018. Epson outperformed all other vendors in this particular segment.