Nominations are now open for The Recycler’s 2016 industry awards celebrations. 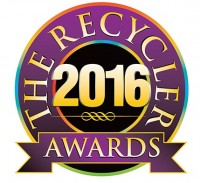 Your annual opportunity to nominate your own industry role models is now here – The Recycler Awards, in association with Messe Frankfurt, are a celebration of the outstanding individual and company talent across the world of remanufacturing, supplies and distribution, and you can now nominate companies and individuals.

The nomination period runs through 31 December 2015, and voting will open mid-day on Monday 11 January 2016 through to midnight on 30 January 2016. There are five categories for the awards, and nominations are open to anyone in the industry. The categories are:

-Remanufacturer of the Year

-Supplier of the Year

-Innovation of the Year

-Customer Service of the Year

-Rising Star of the Year

To make your nominations, visit http://live.therecycler.com/awards/. The awards will be presented at 5.30pm on 31 January 2016 at the Seminar Theatre in Hall 6.0 during Remanexpo@Paperworld.