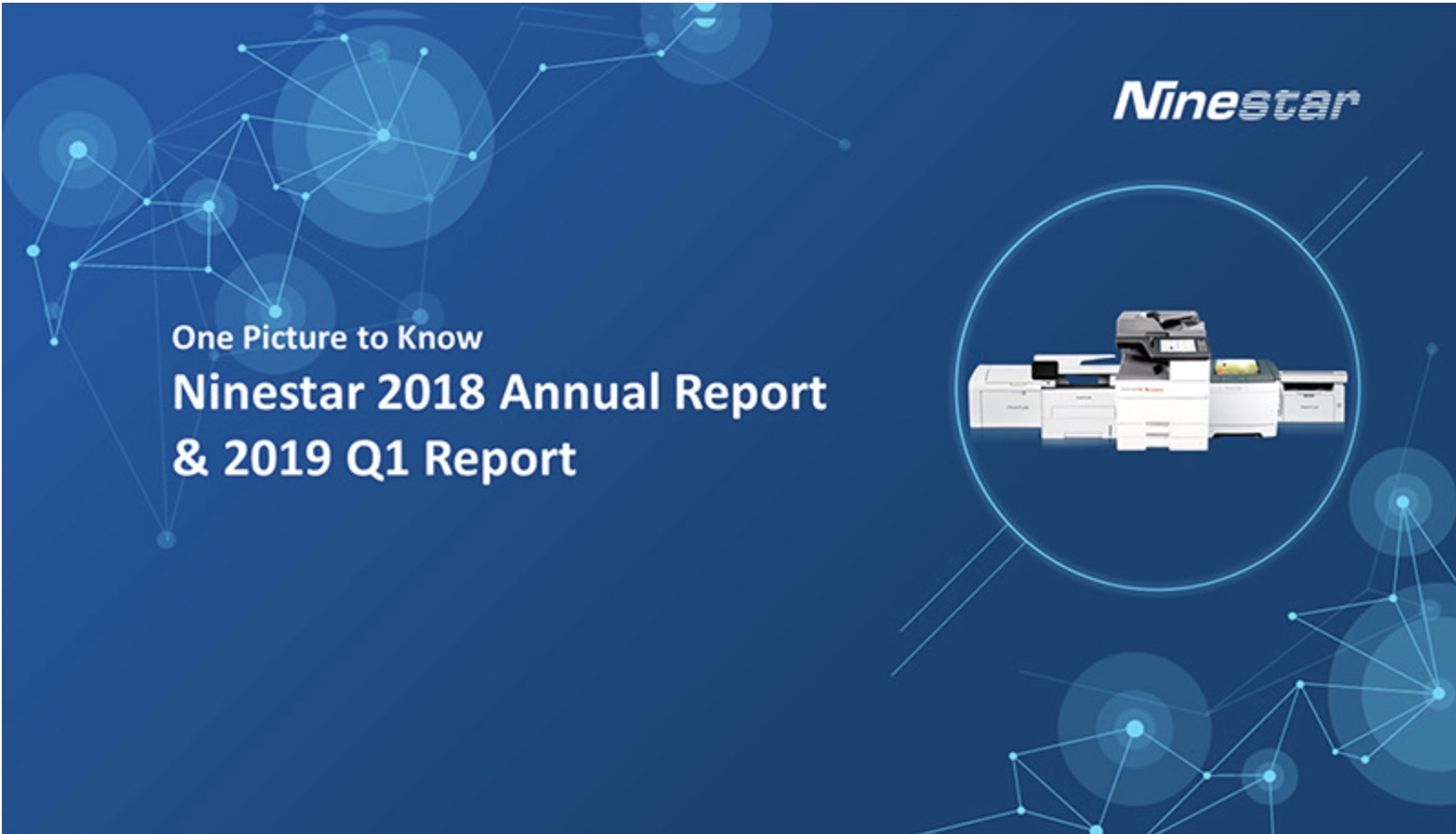 The infographic goes on to show each business segment highlights starting with the chips business. Ninestar explains that the total revenue in this sector is of its company’s integrated circuit business (including Apex and SCC chips business). Highlights include total revenue in 2018 of ¥1.199 billion ($177.239 million/ €158.203 million) with a net profit of ¥672.63 million ($99.418 million/ €88.753).

According to the company, with its automation, the company continues to increase its investment and “accelerates the construction of intelligent manufacturing” and “improve product quality”.

Lexmark’s 2018 highlights include a net profit of ¥366.88 million ($54.231 million/ €48.418 million) and revenue of ¥17.175 billion ($2.538 billion/ €2.266 billion). Looking at its install base, “the number of Lexmark printers sold decreased four percent to 1.42 million units, because Lexmark adjusted its sales strategy in Europe in 2018 and reduced hardware promotions”, Ninestar explains. According to the company the now Zhuhai-based production of Lexmark consumables “exceeded the expectation”.

Highlights for Pantum included “700,000 units worldwide in 2018” which represents a year-on-year growth of 51.5 percent. Ninestar highlights that in Russia Pantum sales reached 200,000 units, “making Pantum rank among the top three vendors in that market”.

Looking forward to 2019 Ninestar’s ambitions are for Lexmark to achieve growth in sales revenue and operating profit, for Pantum to “achieve breakthrough growth in the confidential market and commercial market” (amongst other things), for the chip business to take “full advantage of Core Electronic Devices, High-End generic chips and Basic Software Project’s support for IoT” (amongst others) and for its consumables business Ninestar looks to further expand market share and to continually invest in automation.