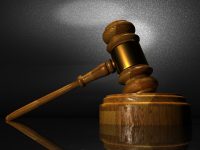 Ninestar originally began proceedings against Zhuhai Zhengyin last year, accusing it of infringing its Chinese patent No. ZL201220712945.2, which the remanufacturer acquired for its independently developed ‘Negative Pressure Generating Mechanism’ – a technology the company designed to offer “good control of negative pressure” in its cartridges.

The trial took place in August 2018, during which Ninestar alleged that the defendant infringed several claims of the asserted patent, with respect to the manufacture, sale and offer for sale of the accused products.

Last month, the Court issued a written Judgment in favour of Ninestar, and ordering Zhengyin to pay an undisclosed amount in damages to Ninestar. Furthermore, Zhengyin is prohibited from making, selling and offering for sale the infringing cartridges in question.

“In the future, Ninestar will step up efforts to protect its own intellectual property rights,” the company added.