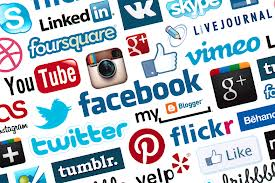 The Mediahawk survey announced the online and offline marketing strategies of 200 SME’s to reveal sector trends and budget plans for 2018.

One of the survey’s most crucial finds was how crucial social media is to marketing a business. As part of the survey, SMEs were asked to rate which marketing channels brought in the highest quality leads, and social media emerged as the overwhelming winner at 62 percent, with print media coming in at 50 percent and SEO Link Building at 29 percent. PPC and billboard/radio came in fourth and fifth, with 18 percent and 10 percent respectively.

Of this spending the majority was devoted to retail and e-commerce.

When asked which form of advertising or marketing delivered the best ROI, online came out on top with 64 percent while offline received 37 percent of votes.

With these results it is unsurprising that, when asked to look toward 2018, the survey found that the businesses planned on increasing their budgets first and foremost in social media, at 55 percent, followed by SEO at 31 percent and, close behind, print marketing at 30 percent.

The businesses tracked the effectiveness of their advertising mostly through checking with clients, followed by the use of analytics tools, tracked unique URLs and finally by tracking telephone numbers.

The data compiled through Mediahawk’s survey demonstrates the positive impact the use of social media can have on effectively marketing a business, and indicates that it would be in the best interests of SMEs to dedicate the majority of their budget to utilising social media marketing strategies.