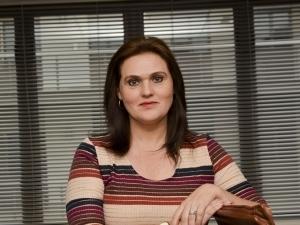 The OEM’s South African branch has been awarded the ISO 14001:2015 certificate.

The new certification rewards the company’s environmental sustainability strategy, according to IT Web, with Kyocera’s founder, Kazuo Inamori, stating that this must be the OEM’s “guiding business strategy.”

“The ISO 14001:2015 certification is the latest recognition of the company’s environmental sustainability plan, which has long been at the heart of the business,” declared Kyocera SA’s Environmental Management System Manager, Natalie Lombard. “We consistently aim to reduce energy and material consumption. In addition, we have a recycling programme for toner products.”

The certification came following “successful” audits of all of Kyocera Document Solutions Europe’s individual sales companies, with the European branch receiving the certification and the South African wing falling under its umbrella.

“Ensuring that we operate in an environmentally responsible way is one of the most important goals we face as an organisation, and one that we are committed to prioritising as we improve and innovate to allow for further developments,” said Takuya Marubayashi, President of Kyocera Document Solutions Europe. “There is no planet B and the ISO 14001:2015 certification is evidence of our fundamental focus on caring for our planet through sustainable actions such as using resources more efficiently while reducing waste.”

The company has stated that the recent recognition is a reward for its continued efforts towards sustainability, alongside growth across EMEA. Several initiatives have carried this message forward, including Kyocera’s drive to reduce C02 emissions, the Toner Take Back recycling programme, and the OEM’s ongoing digital transformation development, “which has allowed automated systems to fuel efficiencies within the company while benefitting the environment as a whole.”

The Toner Take Back scheme has resulted in more than 600,000 kilograms of empty toners being collected across Europe, and fits in with the company philosophy of “doing the right thing as a human being”, to help make the planet a better place.

Last week, the OEM celebrated the 27th anniversary of its Environmental Charter, which it says has become a “fundamental pillar of the company” since its adoption in 1991.