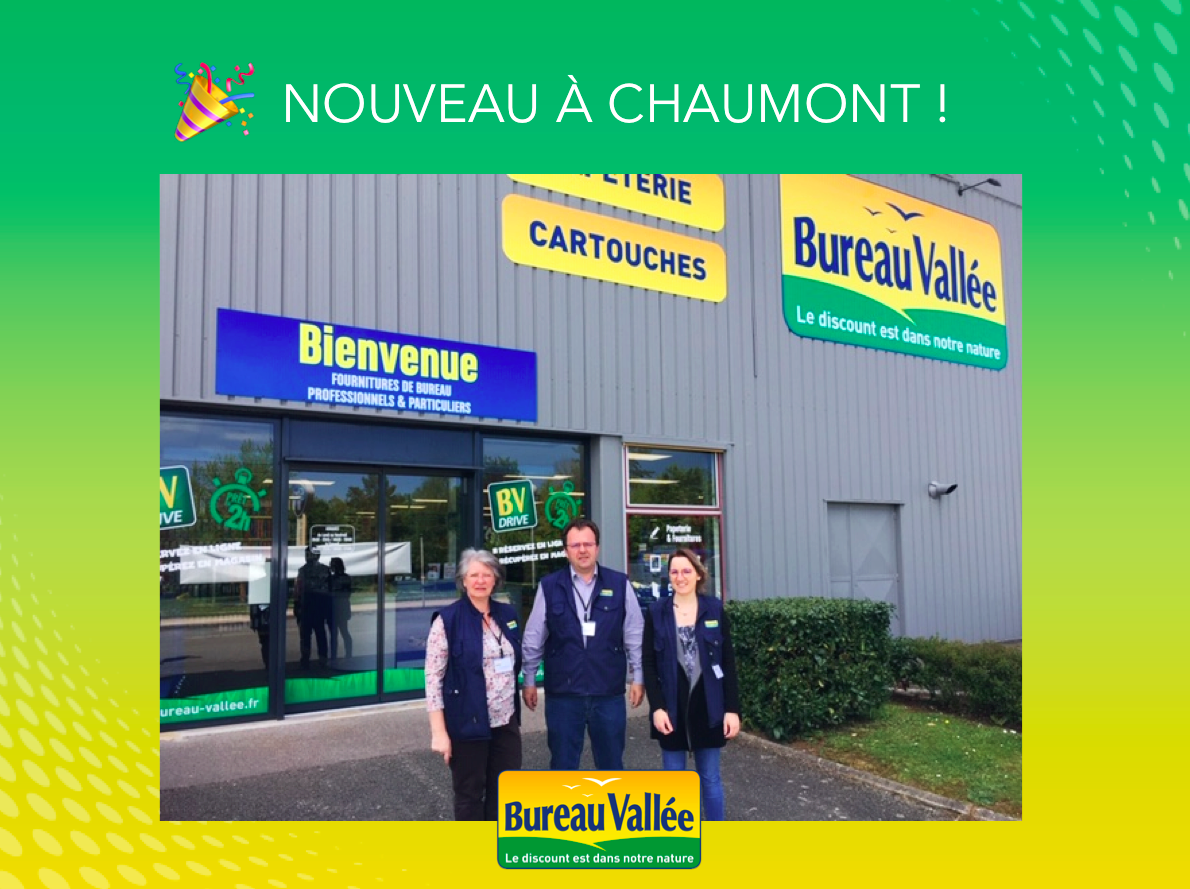 Following the opening of a new store in Rodez in April, Bureau Vallée has announced the unveiling of a new location, this time in Eastern France.

Making the announcement of the grand opening of its latest store in Chaumont, Bureau Vallée offered its congratulations to “Benoit Blanloeil and his team in the start of their new activity in Chaumont”.

Bureau Vallée is a franchise specialising in “a wide range of stationery products for professionals and individuals”, including ink cartridges and toners offered at discount prices, as well as printer accessories, printers, scanners and a variety of other items.

Last year, the French office products supplier opened two new stores in Verona and Tenerife as well as a store in Rodez in April this year.