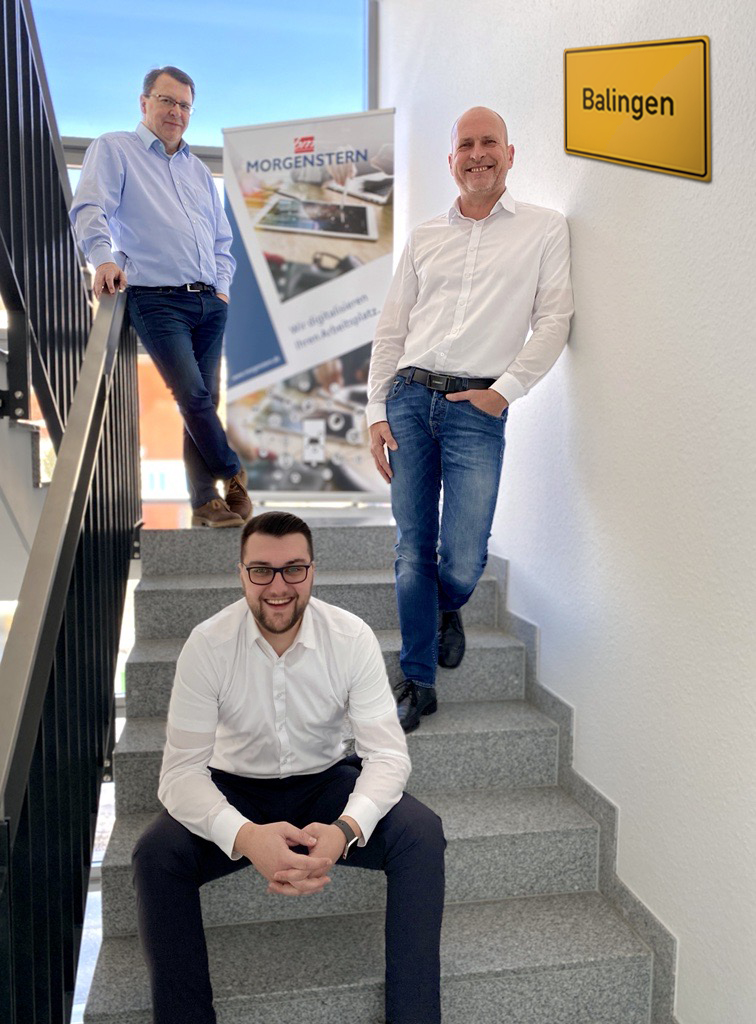 Just in time for the 50th anniversary of the MORGENSTERN Group, the document system house in Baden-Württemberg will also open its new doors in Balingen at the beginning of the year and continue the expansion course it has embarked on.

From now on, the new branch will provide comprehensive support to its customers and prospects in the greater Zollernalb area from Friedrichstrasse 18. For the MORGENSTERN Group, this branch with a modern infrastructure in the centre of Balingen is already the eighth location in the southwest.

“With the new office in Balingen we are even closer to our customers with five sales employees and five service technicians. Expert advice and excellent service strengthen the Zollernalb region, to which the MORGENSTERN Group is committed,” said Sales Manager Frank Friesch.

The MORGENSTERN Group is planning to open additional locations in the near future.

What began as a one-man company in 1971 is today a leading independent document system house in Baden-Württemberg. With 275 employees at eight locations, the MORGENSTERN Group offers individually optimised solutions for all aspects of print and document management.