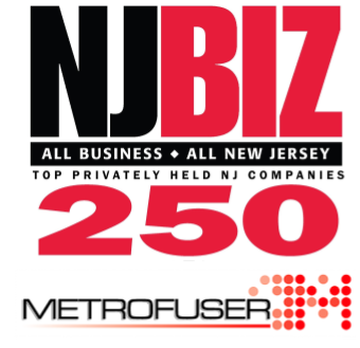 The provider of business printing solutions has been named one of New Jersey’s Top Privately Held Companies.

NJ BIZ Magazine has ranked Metrofuser among their list of the Top 250 Privately Held Companies. This ranking, provided by one of New Jersey’s top business journals, evaluates companies based on revenue, growth, and employee count.

Metrofuser serves over 2000 IT organisations nationwide and has been awarded 20+ leadership and industry awards since the companies founding in 2003.

“We are honoured to have ranked among New Jersey’s top 250 privately held companies,” said Metrofuser Co-President Will DeMuth. “We have been here for 16 years and look forward to continued success as part of this community.”