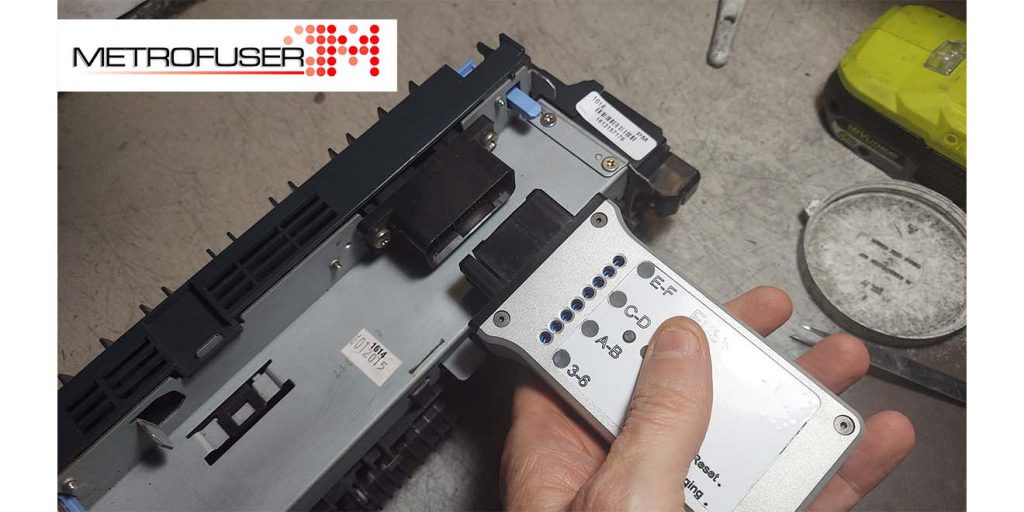 The device gives technicians access to an array of subsystem information for the purpose of performance monitoring and analysing repair needs. The handheld device will diagnose complex fuser issues with the push of a button. It can scan and test for multiple critical fuser data points that reveal over 16 possible faults testing all aspects including themisters, thermoswitches and various circuits.

From diagnosis to repair

Metrofuser explained that traditional diagnostic testing methods are slow and problematic. One of the biggest issues to diagnose a fuser is that some of the tests are dependent on ambient temperature. A simple five degree temperature change can trigger a false reading causing too many or too little parts to be replaced.

To solve this, Metrofuser’s engineers added an onboard sensor to the FuserScan device so that it can monitor ambient temperature and apply a correction factor to the expected measurement.

“These efficiencies lead to better part quality, durability and cost reductions. Metrofuser’s constant investments into research and development and innovation payoff for customers and the industry,” said DeMuth