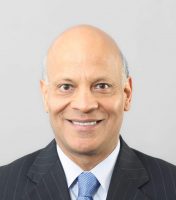 The company, known for its development of inkjet printing technology, has welcomed Sunil Gupta to its Board of Directors.

For the last forty years, Gupta has held a variety of leadership positions with multiple large enterprises, including Fuji Xerox Asia Pacific, and Xerox International Partners. From 2016 until September last year, he was Managing Director of Fuji Xerox Australia, with the OEM saying at the time of his stepping down that his efforts had been pivotal in putting the company “back on the path to a bright future, financially and operationally.”

Gupta also serving on the Board of Directors of the OEM’s Australian division for two years, from 2016 to 2018. Prior to his role at Fuji Xerox Australia, Gupta was managing director of Fuji Xerox Asia Pacific, Malaysia operations. He provided the vision needed to realign the company, reverse a sharply declining trend, and deliver two consecutive years of double-digit revenue, profit, market share, and customer satisfaction growth.

Prior to this, he served as President and CEO of Xerox International Partners (XIP) from 2002 to 2012. In this role, Gupta actively engaged key XIP, the parent company, and OEM stakeholders to execute a shared vision. The strategic plans he developed set the stage for new technologies, product platforms and value-added services that resulted in revenue growth and customer loyalty in a flat market.

“Mr. Gupta joins Memjet’s board of directors at a time of great growth and opportunity for our company,” said Len Lauer, Chief Executive Officer at Memjet. “Today, our modular technology provides a growing number of global OEM partners with the speed, simplicity, and profitability needed to shorten their development time and bring products to market more efficiently. Mr. Gupta’s senior leadership experience with tier one imaging OEM partners, combined with his in-depth industry experience, adds to the diversity of our board. We welcome him and look forward to his contributions.”