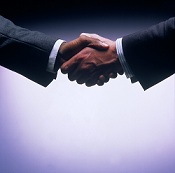 Printer manufacturer announces it has joined association, describing its technology as “perfect” for MPS.

High-speed colour printer manufacturer Memjet has announced that it is now a member of the Managed Print Services Association (MPSA), which “provides independent communications, collaboration, education, standards and success to MPS professionals”, reports My Print Resource.

Speaking on the company’s new membership of MPSA, which was founded in 2009, Bill McGlynn, President of Memjet Office, said: “We’re proud to be a part of MPSA, the premiere US industry organisation for managed print services professionals,” adding that “Memjet colour printing technology is perfect for the MPS market which is experiencing explosive growth. With low running costs, a revolutionary ink refill model and desktop colour speeds of a page-per-second, Memjet-powered office devices represent the office printing industry’s first breakthrough in two decades.

“Memjet heralds the beginning of an entirely new office printing category that gives resellers new options for increasing colour pages and profiting from them.”

The Recycler has also recently reported (https://www.therecycler.com/posts/parts-now-appointed-memjet-distributor-and-reseller-in-north-america/) on Parts Now becoming Memjet’s distributor and reseller in North America, with the company selling the Memjet-powered C6010 printer, which purportedly boasts running costs that are “half of those of traditional office printers” and uses less energy due to the elimination of the fusing process usually apparent in laser printers.