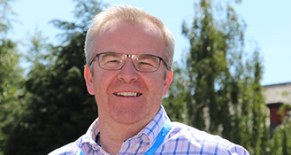 The MPS provider’s official opening of its new office was met with acclaim by participating OEMs.

M2’s recent Technology Showcase proved a success with the company saying that “all expectations were surpassed”, and calling the atmosphere “electric”. The showcase, held to mark the official opening of M2’s new Brightgate House office, was attended by over sixty invited guests, including MPS industry analysts, suppliers, and both “current and future customers.”

The MPS provider opened the show with a formal declaration by Sir Peter Rigby, following by a speech from CEO John Taylor. M2 used the opportunity to demonstrate its new Digital Transformation and Print Security Services, whilst OEMs HP, Ricoh, Canon and Nuance also displayed their latest technology and  document workflow solutions.

“I couldn’t be more delighted with the success of the event,” said Taylor. “The vibe on the day was very positive, and it was great to see suppliers, customers, and industry experts together – a fantastic way or networking.”

Lee Mockett of HP described the showcase as “a very fitting event to mark the occasion of M2’s new future at Brightgate, for which HP was delighted to attend and support”, whilst Canon’s Phil Sharp said that it showed “the continued progression of a company with large ambitions.”

The M2 board extended their thanks to all guests, particularly paying tribute to those customers “who took time out of their busy schedules and made their way to Manchester on a damp November morning to invest in their MPS future.”